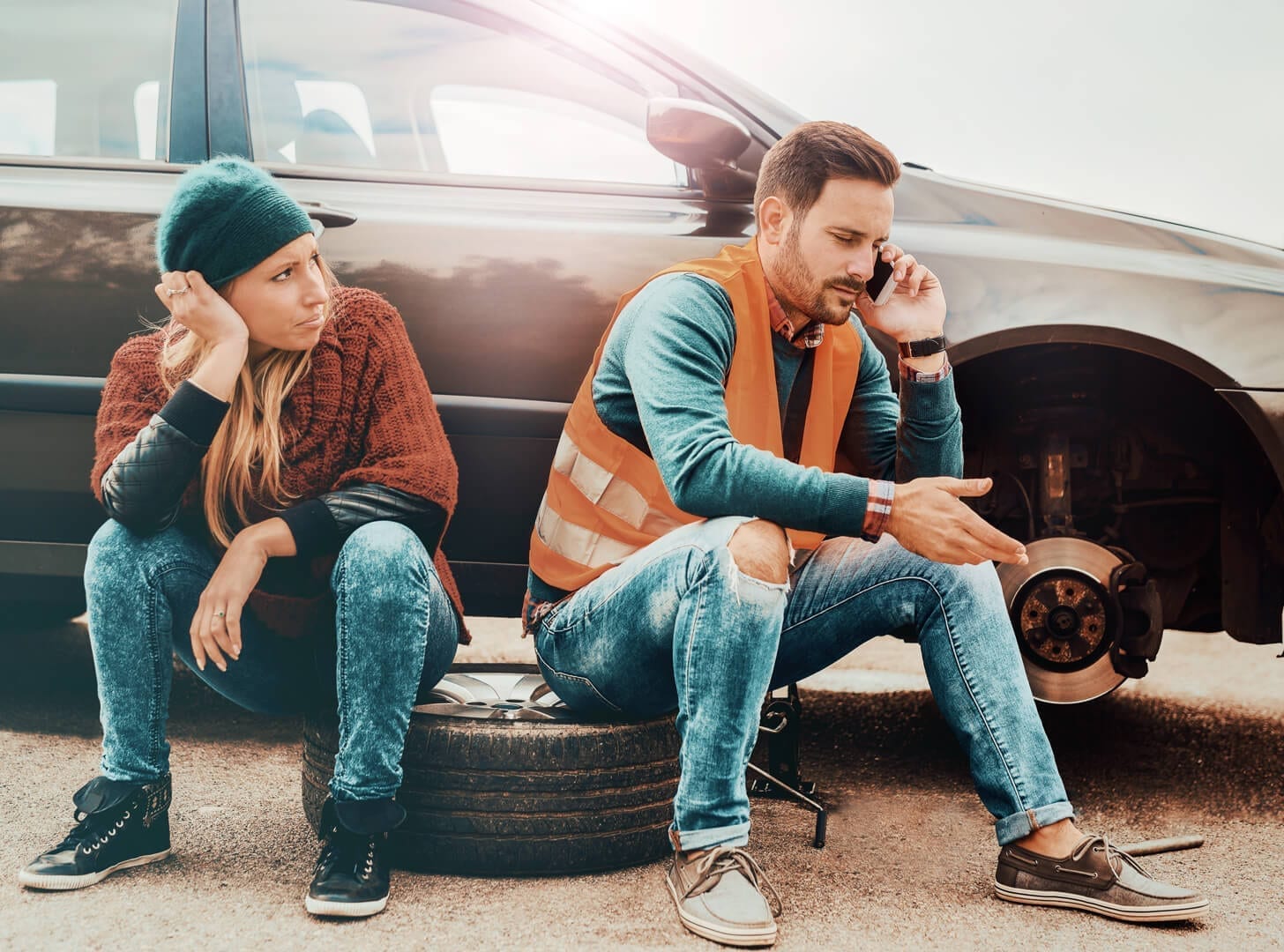 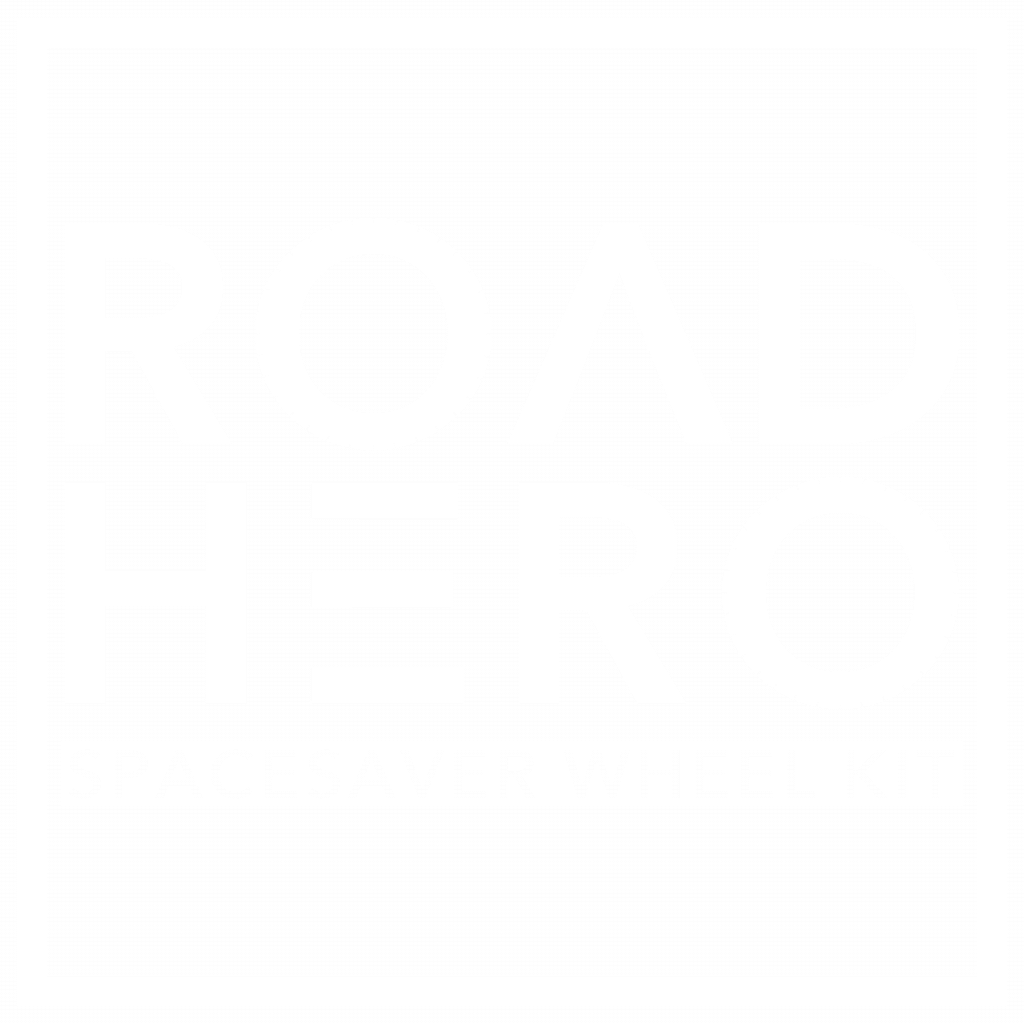 Wheelwright have teamed up with one of Europe’s leading Space Saver steel wheel manufacturers to deliver the most comprehensive space saver wheel kit on the market, featuring a space saver wheel, tyre, jack, brace,  warning triangle, hi-vis, gloves, head torch, kneeling matt and even a rain poncho all packaged in 2 simple and tidy bags.

The RoadHero Space Saver Wheel Kit solves a genuine problem – and the demand is high. Since 1980, Wheelwright have been the UK’s leading supplier of aftermarket alloy wheels for cars.

However, with wheel-wells getting smaller; and manufacturers opting to save weight by only supplying cars with tyre-slime rather than any form of spare wheel, the need is great. Tyre Slime is one solution, which many are happy to use, but more people demand a genuine wheel replacement to get them home or to a local tyre fitter safely. This is where RoadHero comes in.

In an article for Which? Car, Rob Hull explains the results of their investigation into Spare Wheels (or the lack thereof): “I’ve learnt that the demise of the spare wheel concerns you just as much as it concerns me. And our latest investigation has found even fewer spare wheels are being made available as standard on new cars.”

Hull continues: “We analysed the specifications of 8,755 mainstream new car models on the market currently. And we found just 29.5% come with a space-saver or full-size spare wheel as standard. The majority (50%) come with a tyre repair kit, while the remaining 20.5% have run-flat tyres fitted. It seems that the manufacturers’ efforts to make vehicles more fuel efficient is driving this shift from full-size spare wheels to puncture repair kits.”

Hull explains the demand in numbers: “We’ve already met with some car-makers to discuss the future of the spare wheel. However, the response so far is that they haven’t received enough feedback from owners voicing their concerns about the lack of spare wheels as standard. And yet, 1,393 of you responded to our poll last year, with 93% saying spare wheels should be offered as standard on all cars. Only 1% were in favour of having a tyre repair kit as standard.”

With the condition of UK roads demising, and car makers seemingly ignoring consumer’s needs, the need is real. 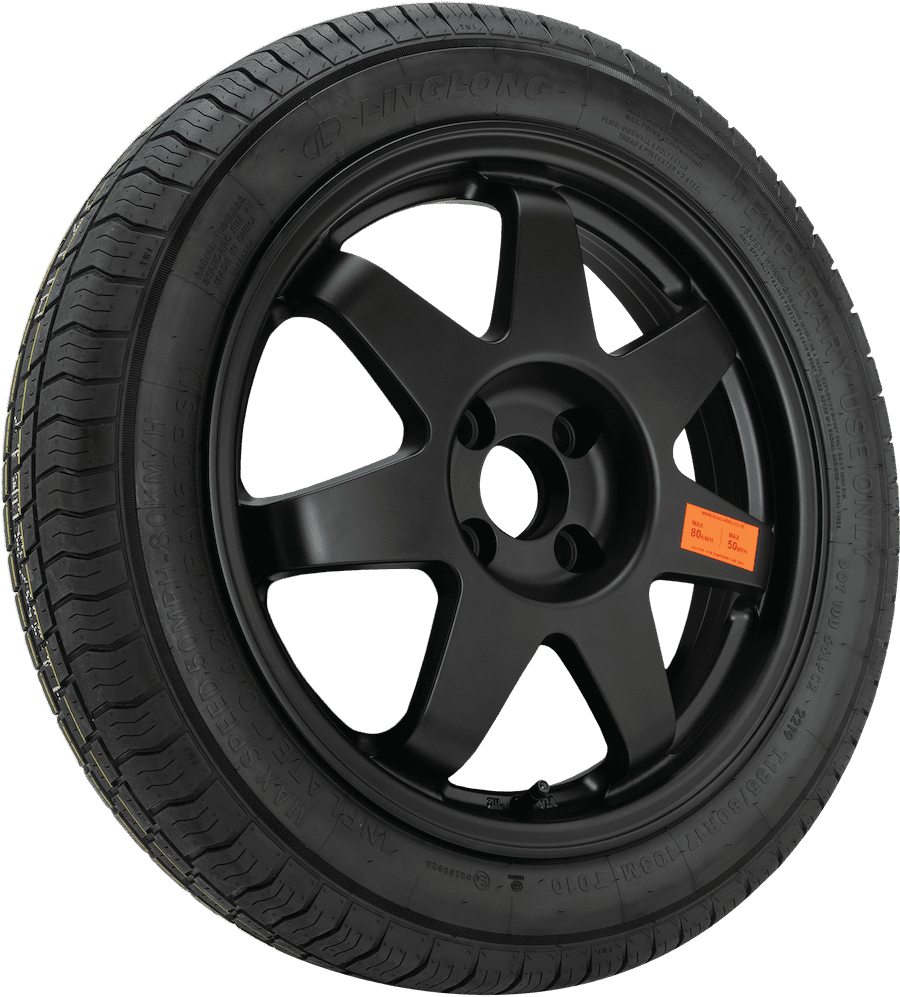 A space saver spare wheel and tyre in the correct fitment for your vehicle. 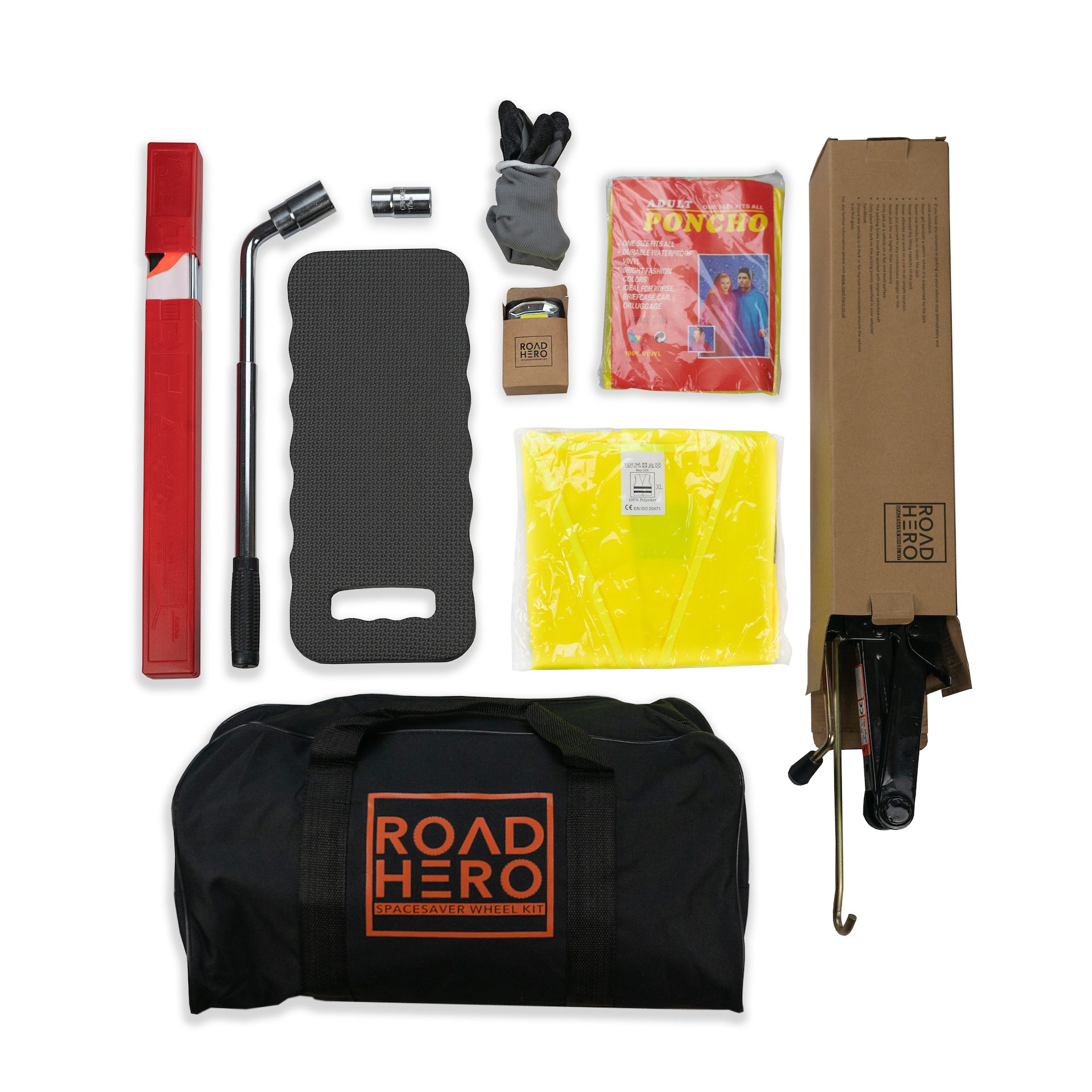 Robust jack and wheel brace to allow you to change your wheel safely and efficiently. 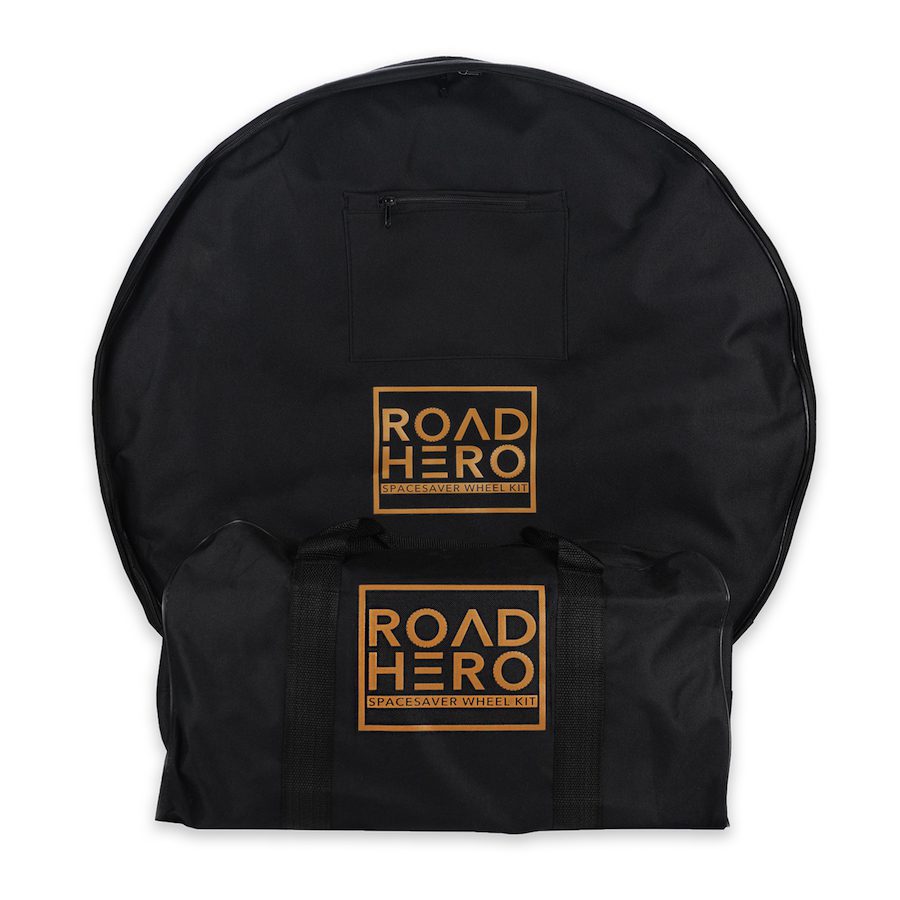 The RoadHero kit is stored in two convenient bags, ideal for keeping in the boot.

Is RoadHero available for my vehicle?

Each RoadHero Space Saver Wheel Kit is tailored your vehicle, not solely relying on PCD & Offset, but also allowing for brake caliper clearance (X-Factor etc). The wheel & tyre size and combination are also specific to the vehicle and each kit will either be direct-fit, or be supplied with the necessary fixings to ensure a perfect fit. The full vehicle range can be seen here.

Stock of RoadHero is now available from Wheelwright’s UK warehouse, with next day delivery. You can put your registration number into our website to find your Road Hero. Expect the demand to be high for this new, innovative product and a number of our retailers are already planning on stocking this across their stores. 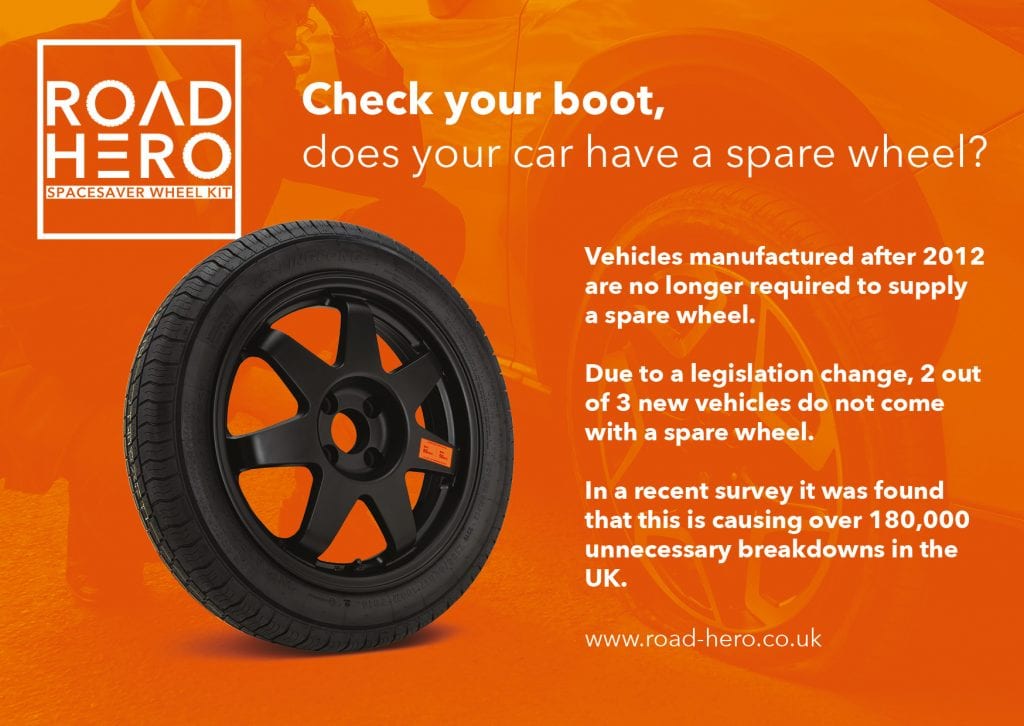 Are you in the trade, and looking to stock/sell RoadHero? Call or email our friendly and knowledgable team today to find out more…